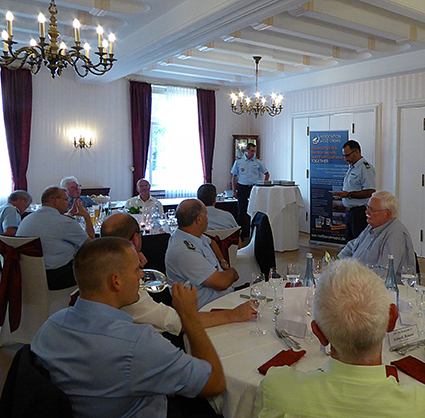 Aiming at consolidating the German Air Force EW community’s capability to network the AOC and its German Chapter the Red Baron Roost invited active Military Members as well as selected Industry representatives to the Officers Mess at the Air Force Base in Cologne, Germany to celebrate a very informative and entertaining evening.

Next to enjoying drinks and the buffet, the festive frame was used to present AOC Distinguished Service Awards to the longtime Red Baron Roost Directors Dipl.-Ing. Günther Klement, serving also as the Vice President, Dipl.-Ing. Roland Wegner, serving also as Treasurer, and LtCol (ret.) Dipl.-Ing. Johannes Naumann. All three of them being awarded for their superb and outstanding example of leadership and dedication. Presenting the individual Awards the Chapter President LtCol Michael “George” Arlt explicitly thanked them for their inspiring example which is fundamental for the sustainment of the AOC, the Red Baron Roost and our common Mission.

To further enhance the community’s corporate cohesion a couple of distinguished individuals from Cyber Command, Air Force Intelligence and EW Branches as well as the national Procurement Agency were awarded with the EW Coin of the German Air Force. This coin stands for the continuing comprehensive contribution of EW to operations and our unconditional will to proceed advancing Electromagnetic Operations … TOGETHER.

In closure of the official program of the evening the leaving Red Baron Roost President, presently in preparation of taking over a new post at the NATO DACCC in Poggio Renatico, Italy thanked the EW community for all the great efforts in the past years and challenged everybody to commit on the demanding tasks still to come.

The event was rounded up by old and new friends gathering up in groups to exchange views and discuss actual developments in our interesting field of profession. The evening came to an end not without the unanimously rating that this kind of get together needs to be continued and maybe also expanded to embrace also the others services EW personnel. 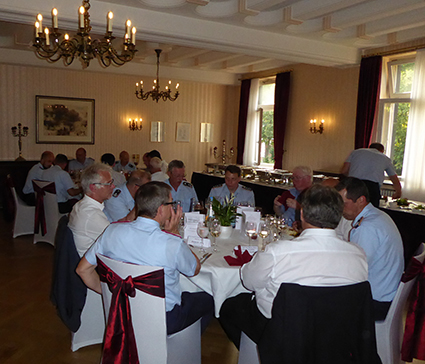 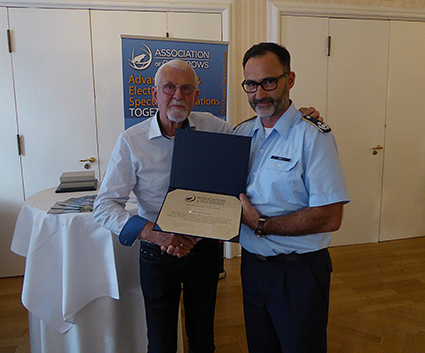 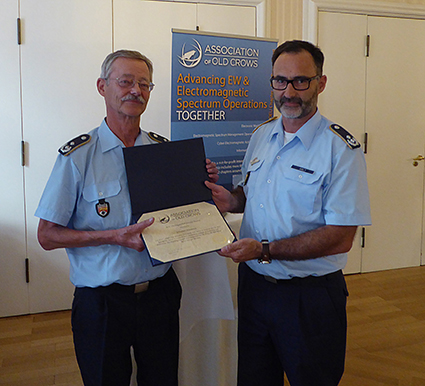 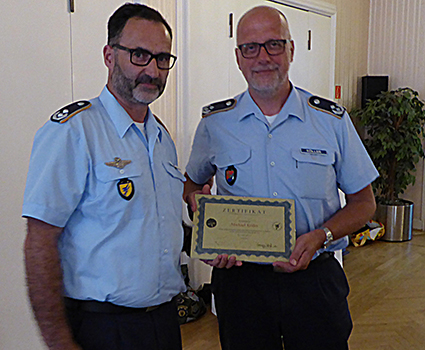 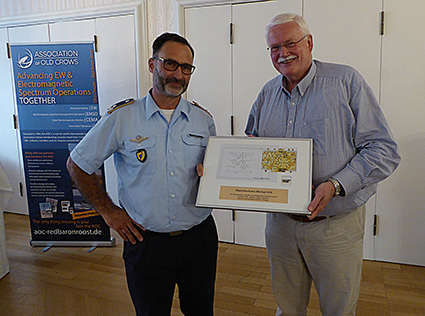